ONE Tech is proud to announce that we have launched our award-winning MicroAI™ Atom Software Development Kit (SDK). The SDK is now publicly available on our user-friendly, information-rich developer portal.

Our MicroAI™ Atom SDK provides a solution to what has historically been a costly barrier to embedding and training artificial intelligence (AI) and machine learning (ML) models on smart (IoT) devices and machines. MicroAI™ Atom is the first Edge AI solution that allows a developer to embed and train artificial intelligence and machine learning models directly into any microcontroller (MCU)-based device or machine. A much more intimate approach to incorporating AI than was previously available.

With our proprietary MicroAI™ technology, Atom monitors and processes smart asset data at the edge of the network, not in the cloud. This stark difference allows IoT ecosystem operators and stakeholders to take full advantage of AI-trained assets without the added costs associated with cloud storage and third-party, expensive computing hardware.

Here are some of the advantages of our edge-based, self-learning, AI solution that lives, learns, and trains right on the smart asset.

Real-time insights: A much deeper understanding of the performance and operating conditions of smart assets. Insights that enable transition from reactive to predictive asset maintenance.
Flexibility and scalability: MicroAI™ Atom can be quickly deployed onto a single asset (MCU) or scaled across an entire IoT asset ecosystem. Flexibility that is not available via other solutions currently on the market.
Speed and agility: Asset data is synthesized locally, at the network edge—not in the cloud. This provides a significant advantage in terms of cost and speed.
Enhanced security: MicroAI™ Atom provides real-time visibility into asset health and security integrity. Its self-learning algorithms provide asset operators with the ability to quickly respond to cyber-threats.
Quicker ROI: Due to the high costs associated with traditional, non-edge-based AI solutions, IoT ecosystem operators have been faced with slow returns on investment. By removing a significant portion of the AI-enablement cost, MicroAI™ Atom provides a much faster—and more predictable—ROI.

Across the globe, there are billions of IoT devices and machines that have limited compute power. With MicroAI™ Atom, ONE tech will be a providing a solution for AI enablement of those devices. 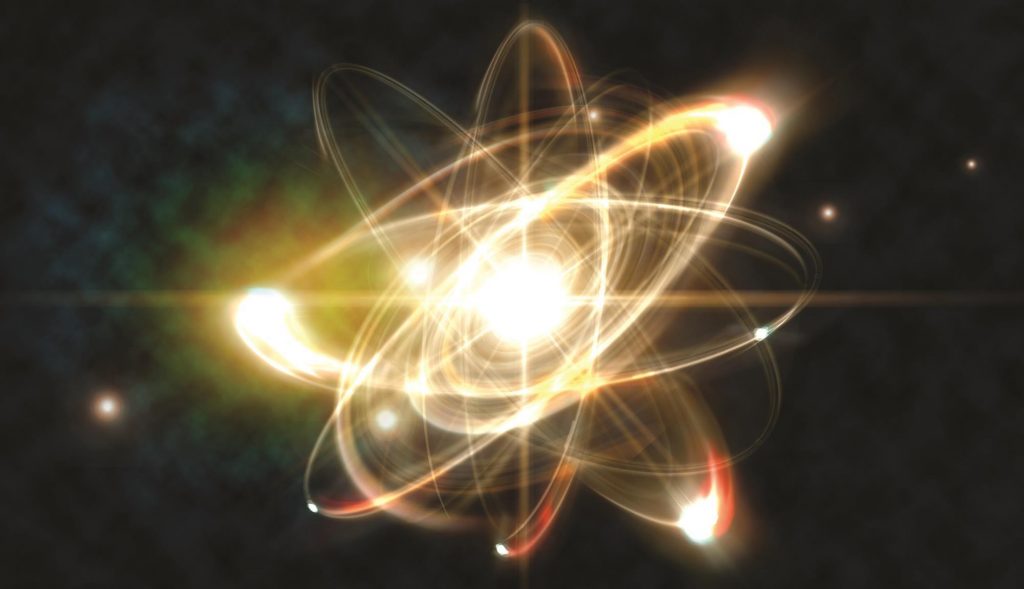 What is cosmos (ATOM)?

In short, Cosmos bills itself as a project that is solving some of the “toughest problems” in the blockchain industry. It aims to provide an antidote to “slow, expensive, non-scalable, and polluting” proof-of-work protocols such as those used by Bitcoin by offering an ecosystem of connected blockchains. Other goals of the project include making blockchain technology less complex and difficult for developers thanks to a modular framework that demystifies decentralized apps. Last but not least, an interblockchain communication protocol facilitates communication between blockchain networks, preventing fragmentation in the industry. The origins of Cosmos can be traced back to 2014 when Tendermint, a key contributor to the network, was founded. A whitepaper for Cosmos was published in 2016 – and a token sale took place the following year. ATOM tokens are earned through a hybrid Proof-of-Stake algorithm and help keep the Cosmos Hub, the project’s flagship blockchain, secure. This cryptocurrency also plays a role in the governance of the network.

Who are the founders of Cosmos?

The co-founders of Tendermint – the gateway to the Cosmos ecosystem – were Jae Kwon, Zarko Milosevic and Ethan Buchman. Although Kwon is still listed as the lead architect, he resigned as CEO in 2020. He claims he’s still part of the project but is mainly focused on other initiatives. He has now been replaced as CEO of Tendermint by Peng Zhong, and the entire board has undergone a major overhaul. Their goals include improving the experience for developers, creating an enthusiastic community for Cosmos, and building educational resources so more people know what this network is capable of. A major concern for some in the crypto industry centers on the level of fragmentation seen in blockchain networks. There are hundreds of them, but very few of them can communicate with each other. Cosmos wants to turn this on its head by making this possible. Cosmos is billed as “Blockchain 3.0” – and as mentioned, a big goal is to make sure its infrastructure is easy to use. The Cosmos Software Development Kit relies on modularity. This allows a network to be easily built using existing blocks of code. In the long term, this should make it easy to construct complex applications. Scalability is another priority, meaning it can process significantly more transactions per second than more legacy blockchains like Bitcoin and Ethereum. If blockchains are ever to achieve widespread adoption, they need to be able to handle demand as well as existing payment processing companies or websites — or even better.

Cosmos Interchain Accounts Upgrade The Interchain Foundation, a non-profit organization of the Cosmos ecosystem, announced the release of the Interchain Accounts Upgrade on XNUMX. February known. 17, 2022. Introduced in April 2021, the Inter-Blockchain Communications (IBC) protocol is the Cosmos standard for blockchain [interoperability] (https://coinmarketcap.com/alexandria/glossary/interoperability). It allows a single blockchain to control an account on a separate chain. There are currently 38 projects using IBC, notably Terra, Crypto.org Chain and Gravity Bridge. The upgrade of the interchain accounts will be the biggest for the ecosystem since Stargate – which allowed the Cosmos blockchains to connect to each other using the standardized protocol for IBC for the first time. Interchain accounts allow users to stake, vote, tokenize, and more on other blockchains. The purpose of the upgrade is to “enable composability in IBC [which] allows innovation to be deployed across different applications without having to upgrade the entire interchain.” Check out simple definitions for crypto terms in our glossary Learn about blockchain basics with CMC Alexandria ### How many Cosmos (ATOM) coins are there in circulation?
ATOM has a very specific total supply – 260,906,513 to be exact. Of these, around 203,121,910 were in circulation at the time of writing. It is worth noting that these cryptocurrencies are not mined – instead they are earned through [staking] (https://coinmarketcap.com/alexandria/glossary/staking). Two private sales took place in January 2017, followed by a public sale in April of that year. This raised a total of $16 million, which is about $0.10 per ATOM. Breaking down the token distribution, about 80% was allocated to investors, while the remaining 20% ​​was split between two companies: All In Bits and the Interchain Foundation. Cosmos compared ATOM tokens to the ASICs used to mine Bitcoin. As a technical paper authored by the Tendermint team explained, “It is a piece of virtualized hardware (economic capital) that you must purchase in order to participate in the network as an administrator.” ### How is the Cosmos network secured? As mentioned, Cosmos uses a proof-of-stake consensus algorithm. Validator nodes that stake a higher amount of ATOM tokens are more likely to be selected to verify transactions and earn rewards. Nodes that act dishonestly will be punished – and they may end up losing the tokens they had at stake.