At approximately 1 a.m. ET on Jan. 30, somewhere outside New York City, a CoinDesk reporter came across what could be crypto’s next craze. Or perhaps its latest trial. While searching the annals of Clubhouse, the increasingly popular audio-only app, I stumbled across a dark conspiracy: A group of men masquerading as lizards talking about a new cryptocurrency.
A lounge of men masquerading as lizards had gathered as tokens teleported from an originating contract into their digital wallets. And here, basking in the light of public display, they discussed how to get the word out. A full-on, unfettered conversation.
“Are we on 4chan yet?” one asked, mentioning the pseudo-anonymous messaging board known as a font of memes and anti-social messages. They weren’t, but things apparently had gone awry anyway.
“What do you mean we got rugged again? Did someone add more liquidity?”“No, no one even sold yet.” “Don’t say that in the chat.”“I’ve screenshotted this chat, so if we get rugged I know it’s one of you guys.”“I still have more questions.”“I still have no lizard.” “Only 666,666 lizard. Few understand this.”
That’s not the type of commentary one would imagine coming from, say, Satoshi Nakamoto when unveiling Bitcoin to the world. But it’s the pinnacle of social performativity that has found a home on Clubhouse.
Clubhouse is a social media platform open to anyone with an invite and an iPhone. It has become the place to be for tech moguls and, more and more, crypto tastemakers looking to chat. Elon Musk pops in from time to time to talk about bitcoin and dogecoin, while other crypto luminaries including Meltem Demirors, Caitlin Long and Neeraj Agrawal appear more regularly.
Like any social media platform, Clubhouse is what you make of it. There’s room enough for genuine discussion alongside scammers and multi-level marketing schemes. Some see it as the next vector for crypto adoption, which could be true; others as a way to replace some of the socialization missing during the pandemic age. It can get pretty weird, pretty quick.
None know this better than Arya Bahmanyar, better known by his alias CoinDaddy, and his coterie of technologists and artists building “Lizard ETH.” Though Bahmanyar would reject being called a Lizard “leader” – there are no “devs,” he said – he was the figure to answer for the group, when a reporter came sniffing around.
In a message he pinned to the group’s public Telegram channel, Bahmanyar said Lizard is a “meme art project” and a “statement on the absurdity of DeFi and the current state of Ethereum.” It has no prescribed value or use, and anyone can claim LZRD for free (except for Ethereum gas fees). (To be sure, Bahmanyar is not the leader of the group nor the token’s creator.)
Its main utility, in fact, seems to be as an icon around which a group of like-minded friends can talk and s**tpost. “It is a project of friendship,” Vincent Terracciano, a member of the LZRD Telegram channel, told CoinDesk repeatedly.
In crypto’s decade-long run, the distinction between memes and this novel form of money has become difficult to parse. In 2013, people made sense of bitcoin by calling it “magic internet money.” In 2017, lambos were a shared desire of the nouveau riche. This summer saw the rise of yield farms, where “DeFi degens” would plow ETH into Yams, Sushi and Pickles.
See also: Michael Casey – Memes Mean Money
CoinDesk Chief Content Officer Michael Casey went as far as saying money itself has always been a meme. So it makes sense to talk about the “internet’s native money” in terms of a language born on the web. Further, one could expect that anywhere a meme could thrive, crypto would too. 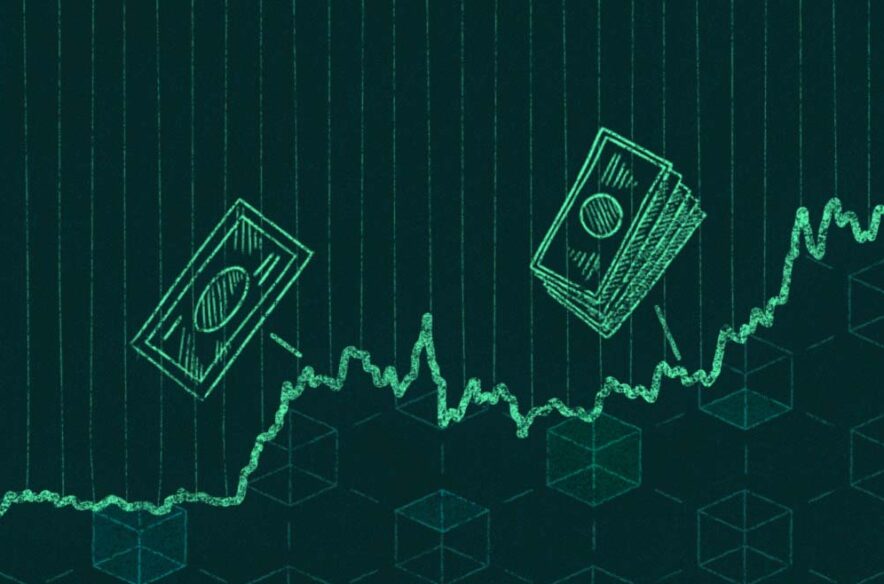 Like all good and decent technologies, Clubhouse is flattening hierarchies among users and providing a space for anyone to be heard – literally. That may sound odd to say about a company that has thrived on hype around its exclusivity – you have to be invited to the club, for now – but the app’s appeal is more than just FOMO or bragging rights.
“It’s not just a phone call,” Steven McKie, a founding partner at the crypto-focused venture firm Amentum Capital, said over Zoom. “Anyone can randomly pop in and out, so everyone maintains this modicum of professionalism by default. It really does feel like a good episode of [National Public Radio] sometimes.”
Others have compared the experience to tuning into a podcast, going to a conference or hanging out at a coffee house. This clubby vibe, bordering on yuppie professionalism, hasn’t been lost as the app grows. December’s 600,000 users has surged to six million. Andreessen Horowitz, which invested $10 million in May, reinvested in January at a $1 billion valuation.
“Everybody loves podcasts in the crypto space. What better than an ephemeral podcast where you just had to be there,” McKie said. “Especially during COVID this past year, we’ve just been glued to our phones, reading things on Twitter, Slack and Telegram. It’s just exhausting.” To the extent that Clubhouse offers something new, it’s by making it easier to engage empathetically with other people, McKie said.
See also: Bitcoin Bull Run: OGs on Why This One’s Different
Apart from semi-private lizard lounges, this reporter has tuned in for guitar jams and listened to lawyers debating Twitter bans, all in service of the job. There’s always at least five channels dedicated to self-help and often at least one meta-room focused on Clubhouse moderation and etiquette.
And crypto-specific rooms? There’s investment advice for newbies. Chats about the granularities of bitcoin’s source code. CoinDesk has been experimenting with running rooms focused on news events. Both the number of crypto groups and their relative size are growing along with Clubhouse and CoinMarketCap’s worth.
A club called “Bitcoin” had just over 12,000 followers on Jan. 15. Less than a month later it’s approaching 20,000. While that particular group, which hosts the Weekly Bitcoin Meetup, is led by the closest thing crypto has to public figures – including Brekkie von Bitcoin, Dan Held, Marty Bent, Amanda Fab, Nic Carter, among others – that’s not the case across the board.
Many of the most prominent voices on Crypto Clubhouse are relative unknowns on the “it’s always Blockchain Week somewhere” conference circuit. Few have Twitter clout.

“I’ve been educating people on bitcoin since 2013. There’s been nothing like Clubhouse so far,” Lamar Wilson, a crypto startup founder and influencer, told CoinDesk in a video interview.
Wilson is far from unknown among early bitcoin adopters, though he isn’t a name often in the news. He founded Pheeva wallet, an early backdoor to get bitcoin wallets on iPhones (before that portal was slammed shut) and runs the Koinda Facebook group, which boasts about 25,000 followers.
He also runs the Black Bitcoin Billionaires group on Clubhouse, which has grown past 17,000 followers in under two months. The group holds themed discussions on a daily and weekly basis, frequently moderated by Najah Roberts, chief visionary officer of an over-the-counter desk called Crypto Blockchain Plug. They both put in at least four hours a day running rooms or popping into others.
Crypto Virgin Hours is probably the best-known chat room. It attracts approximately 200 participants every afternoon, offering a chance for the interested but unanointed to ask basic questions about wallets and coins.
“Our mission is to onboard the world onto bitcoin,” Wilson said. “People always ask if I have to be Black to be in the group. No – It’s called that just to say it’s run by Black people, but everyone is welcome.” To that end, Black Bitcoin Billionaires partnered with Cash App to get one million satoshis in Black hands during February.
Wilson considers bitcoin to be a tool for Black people to accumulate wealth to pass to the next generation. “Bitcoin is a great equalizer. It’s an asset anyone can have access to without worrying that anyone can take it from you,” he said.
“Clubhouse is the first big social media application that Black people have been an early majority on,” Wilson said. “In every room that you’re in, it’s at least 50% Black. I think it’s because this is what we do as Black people. We go to barber shops, we go to beauty salons and talk. It fits the African American culture.”